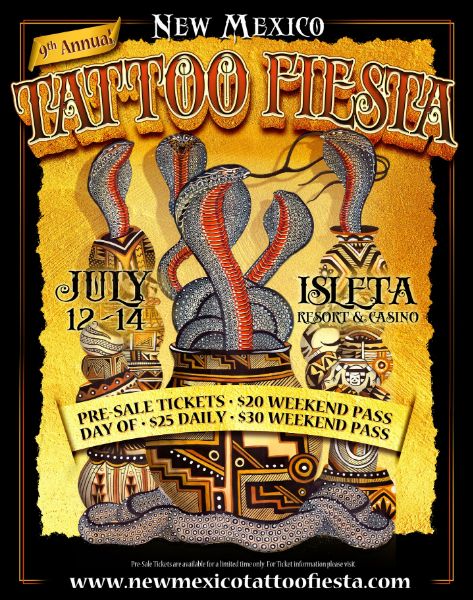 The Duke City Tattoo Fiesta is a great, safe way for people to get tattoos. Tattoos have gained increasing popularity in the past decade. Life Magazine estimated in 1936 that 6% of the population had at least one tattoo. The Harris Pole done in 2003, nearly tripled those numbers estimating that 15% of Americans had one or more tattoos. The Pew Research center conducted in 2012 showed that more than 40% of the population has at least one tattoo. Tattoos have gained popularity over the years and has become a unique way of self expression for people today.

Many people do not know the tattoo world and will rush to get a tattoo not knowing any history on the artists. The Duke City Tattoo Fiesta selects the best artists across the country and brings them to this three day event. You can’t go wrong with any of these artists!